Do you have a hard time speaking in public, selling, or being heard the way you want?

Do you think you could have some beliefs around your abilities as a speaker that are holding you back?

Do you think this could be impacting your bottom line?

Fear of public speaking is coming in the top 3 of the most prevalent fears in our society, along with fear of flying, and fear of public places.

Those fears are often considered irrational, particularly by those who don't share them, because they don't really have an objective ground backing them. People know that traveling by planes is far safer than traveling by car; that being in a crowed place is safe 99,99% of the time, and that talking in public will most likely end well. Even people who have those fears and phobias know it, at least consciously.

One thing you need to remember about the nervous system, is that its main role is to keep us safe, out of danger and away from pain. And it will go to great length to achieve its goal - and in particular use the power of our subconscious mind to dig out beliefs that will stop us in our tracks.

By nature, public speaking leaves the speaker very exposed. You can't hide when you are under the spotlight; you can't run for cover. If you mess up, everybody will know - at least that's what you tell yourself - and of course, everybody will judge you - another very strong and scary belief.

Also, authenticity is key for effective public speaking and communication. People want to ‘feel your heart’, they want to be able to trust you at a visceral level, they want to know that you're real, that you get them, which involves a great deal of openness, and vulnerability.

This is very hard to achieve if you have to hide negative beliefs, insecurities or if you've been wounded around speaking in public in the past, especially as a child.

My extensive back ground  as a classical singer, choir conductor and community leader paired with my experience and skills as a success coach have uniquely positioned me to address all the aspects of public speaking together. In my workshop “Find Your Voice and Speak With Confidence”, we address head-on all the intricacies of speaking in public in a unique 3 steps approach. 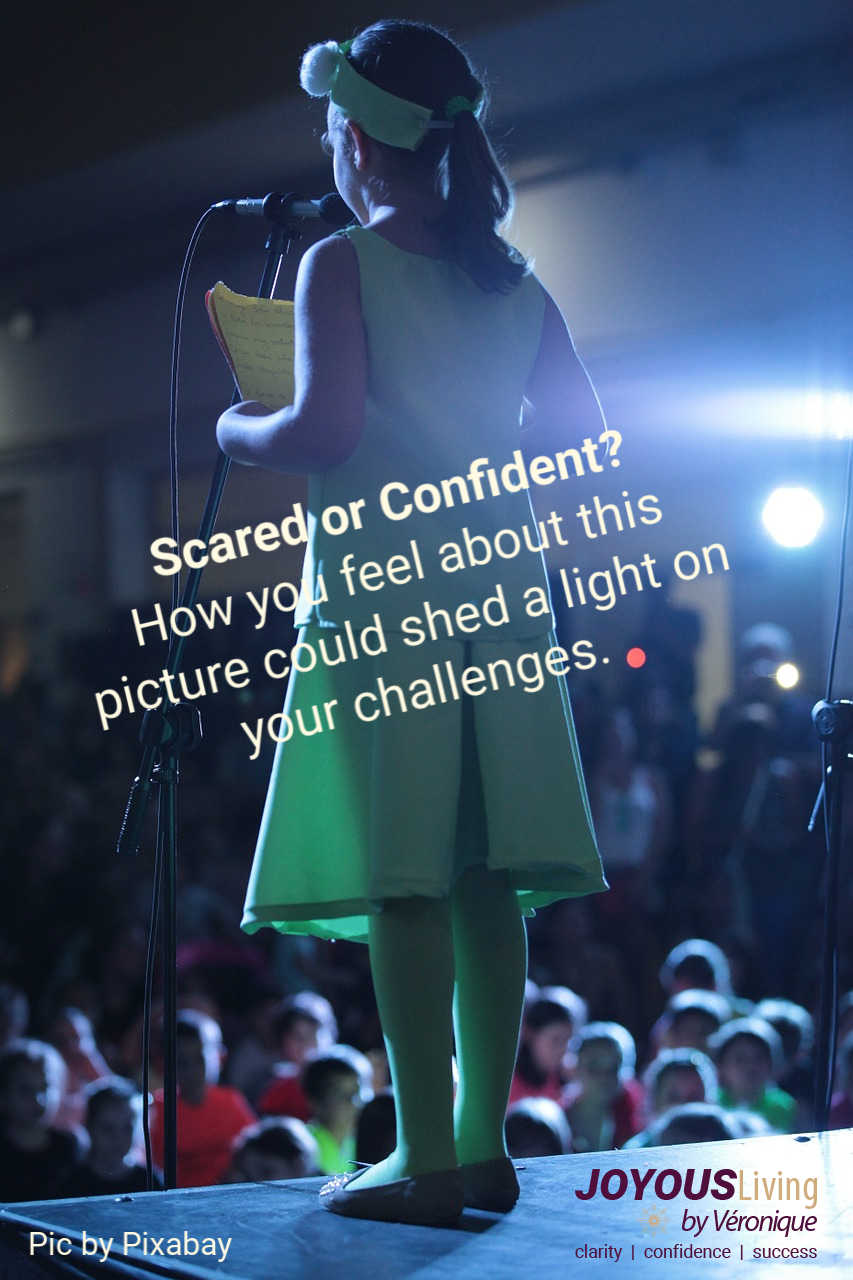 Whatever it is, the more unwelcome emotions and beliefs are pushed down, the more they will come through, unbeknownst to the speaker. They will show up in avoidance tactics (not accepting speaking engagements, for example), or terrible stage fright, stress, and all kind of physical reactions – some of them directly affecting your voice. But you can do something against these kind of feelings. Mind-Body tools like EFT/Tapping do wonders to undo the damages of emotional hurts.

In the second step we address the physical issues and limitations. Breath support, vocal projection, and optimal posture are all skills that can be easily learnt. The way I like to do it is by playing with different breathing technics, and making lots of joyful noises and experiencing voice freedom in a new and powerful way. I also work on balancing the body's energetic centers - a key concept for increasing charisma and opening the voice.

The best way to grow confidence is to experience success, and to build on it. During the workshop, you get to practice speaking in front of an audience of peers, you receive supportive feedback, you course correct on the spot, and you rehearse being great at speaking in public

I believe that it's not enough to overcome your fear or discomfort of public speaking. It's not good enough to 'feel the fear and do it anyway'.

You can actually enjoy speaking in public. You can get a high from being in the limelight. It only takes to clear your belief system from unwanted beliefs, a good vocal foundation, an a rock star confidence!

You can reclaim your authentic self and the charisma you need to rock the stage of your choice. You can reclaim and grow your confidence from a deeper, more loving and accepting sense of self.

Check out this workshop if this is something you’d like to experience.